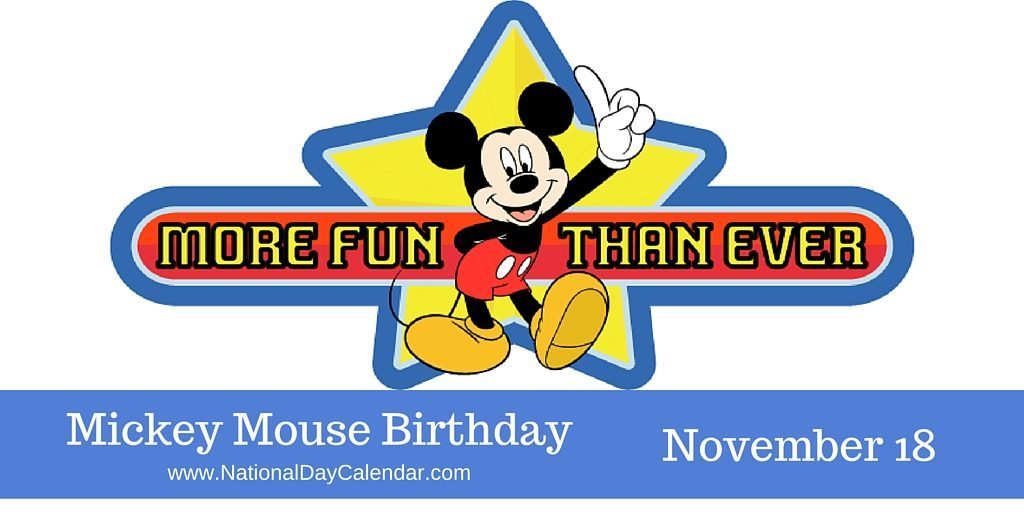 On November 18, we commemorate the birth of that ever lovable mouse that was once a rabbit called Oswald. It was back in 1927 while under contract to Universal Studios that Walt Disney first sketched a floppy eared bunny that later became Mickey Mouse.

From a rabbit named Oswald to a mouse named Mortimer, eventually the squeaky voiced rodent was dubbed Mickey. He flopped in two animated short films, then on November 18, 1928, Mickey’s star was born. The first animation synchronized to music and sound effects, Steamboat Willie premiered in New York.

Within a year, a Mickey Mouse Club popped up in Salem, Oregon. This particular club offered admission as a fundraiser for the Salvation Army with a donation of either a potato or a small toy and a penny. According to a December 22, 1929, Statesman Journal (Salem, Oregon) article, $12 and three truckloads of potatoes and toys collected by eager new members.

Remember, the stock market crashed just 20 days before Mickey Mouse was born. That a cute little mouse could bring smiles to the faces of children at an uncertain time really isn’t such a surprise.

Generally, new members joined the club by completing an admission form obtained from a local merchant and attending meetings held during matinees at local movie houses. The price of admission often was reduced for good deeds and report cards. By the end of 1930, the Mickey Mouse Clubs had spread across the country.

A makeover in 1935 by animator Fred Moore gave Mickey the look we are familiar with today. The big eyes, white gloves and the pert little nose. More lovable than ever before, he propelled himself even further into the hearts of children everywhere.

His companions Minnie, Donald, Goofy and Pluto joined him along the way, bringing vaudeville comedy with them.

I took the above history from the National Day of Calendar and shared it because I had never heard any of it. Happy Birthday Mickey Mouse. A trip to Disney World is still on my bucket list.