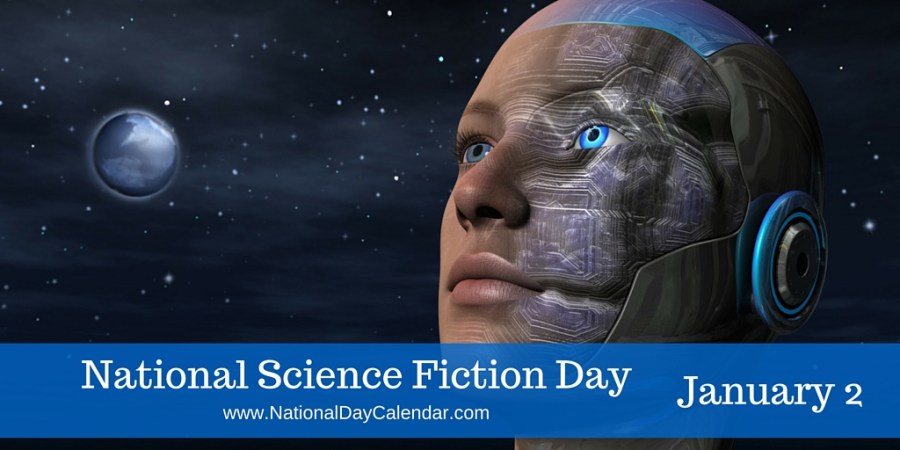 When I was a kid, our science fiction on television was a show called “The Twilight Zone” hosted by Rod Serling. The stories were usually a little spooky and left me wondering if something that had just been shown could actually happen. Mr. Serling’s voice added to the suspense and wonderment. Episodes are available on Netflix and your computer if you want to check them out.

According to Bing; Science fiction is a genre of speculative fiction dealing with imaginative concepts such as futuristic settings, futuristic science and technology, space travel, time travel, faster than light travel, parallel universes and extraterrestrial life. Science fiction often explores the potential consequences of scientific and other innovations, and has been called a “literature of ideas.”

Isaac Asimov is probably the most recognized author name when it comes to reading science fiction. Today we have the Star Wars movies to give us a visual of what might come to be. My favorite part of those movies is the beings from other planets who interact with the humanoids. Whoever thought them up, and created the costumes for them is a genius in my mind. It is interesting that they all tend to be able to speak and understand English and if they can’t, the characters who interact with them understand their language. R2D2 and Chubaka are good examples of that.

Every time I see a Star Wars movie and there is a huge ship that houses a full city blown up, I wonder how that society will build another ship. Where is it done? How long does it take? What about the beings on board? I asked my grandson that question after we saw “The Last Jedi” during the holiday break. His answer was, “They will do it on an outer galaxy planet where it will be safe.” He made that statement like he was talking about a chain store building another new location. It took me by surprise and made me feel like I should have known the answer without asking.

Science fiction is often linked with the word fantasy, but as I age some of the forward thinking ideas have come true, especially in the realm of communication and having men walk on the moon. I wonder if we’ll find out one day that those wonderful beings in the movies are really out there waiting to interact with us.

One thought on “Star Wars Anyone”