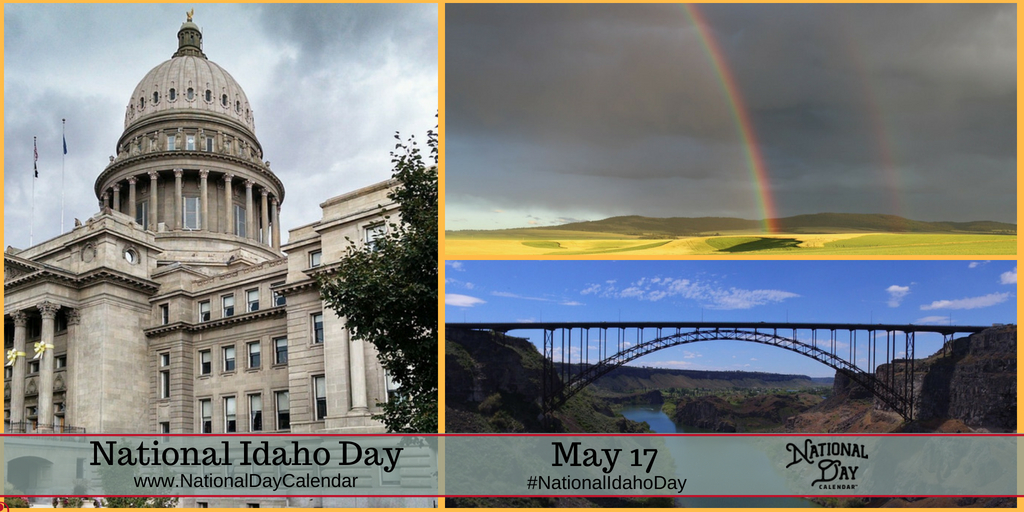 Idaho is dominated by the Rocky Mountains range and the Snake River winds its way through the rugged western border of the state carving the deepest river gorge in North America. Hells Canyon National Recreation Area provides spectacular views of the dramatic landscapes the Snake River took thousands of years to sculpt.

Fossils are prevalent and entire cityscapes of stone appear. The City of Rocks was encountered by native peoples, pioneers and modern-day adventurers. It became a kind of way-station or landmark for those who were westward bound. Today it is well-known as a  destination for rock climbers.

Inventors seem to like Idaho too. Beyond the list of patents for improvements to printing presses and railroad technology, Idaho is the home of the television. Philo Farnsworth invented the necessary technology that brought the small screen to mass market.

One of the famous people born in Idaho is Sacajawea – Explorer and Guide – (May 1788 – December 20, 1812) In 1805, Sacajawea joined the Corps of Discovery expedition with her husband Touissant Charbonneau and her son Jean Baptiste Charbonneau. As a guide and translator, the Shoshone woman’s presence signaled to others that the expedition’s mission was a peaceful one. I had no idea she died so young.

My favorite memory of traveling through Idaho was a stop in Coeur D’Alene for lunch. The restaurant had a wonderful salad bar with refrigerated plates. I thought it was a grand marketing tool that the plate receptacle cover was a toilet seat lid. Others in my group didn’t see the humor in it. That was about 35 years ago and I’m still talking about it. While eating we got to watch a logger running on logs in the lake outside our window. He was moving them around with a long pronged gaff. Of course we were waiting for him to go in the water, but he didn’t. It was quite the entertainment.