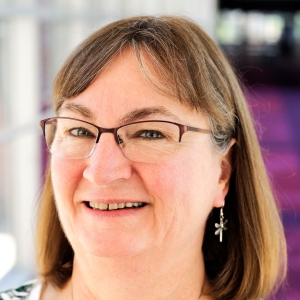 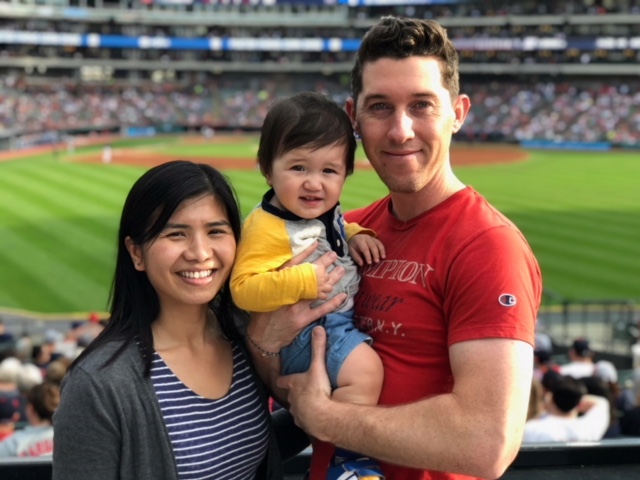 I’m sure I’m not alone when I admit I wonder what it would be like to be famous. Don’t get me wrong, I have no desire to have it printed or talked about when I go for a colonoscopy. I do think, for a day at least, it would be fun to be recognized on the street.

The things I do like writing or making quilts will never give me this type of notoriety and that’s all right. I can experience the fun because I have a young man I claim as my bonus son, a child I didn’t have to birth, that is occasionally recognized when in public. A common remark is, “Aren’t you on TV?” The answer is yes. He’s not a TV star, but is a sports anchor for WEWS Cleveland, Ohio, Channel 5. It’s a big rush of proud when someone asks, “Are you his Mom?” I have the privilege of being called his “Rochester Mom” and his real mom has told me she’s good with that. When he worked in Rochester, NY, I substituted in every capacity except handing him money. Thankfully there was never a trip to the hospital; just a few times I rescued the “boy” when he locked himself out of his apartment. (I had the spare keys.) He did his laundry at our house and was served a big home cooked meal once a week. It was our pleasure to have him around. The candy dish will always be stocked with his favorites.

Now it’s a few years later and Jon is married and he and his family live in Cleveland. This past weekend my hubby and I visited them. At one particular restaurant Jon asked a fellow diner a question about the food and though the guy couldn’t answer the question he said, “With a voice like yours, you should be in radio.” The guy’s date looked at Jon carefully and said, “He’s on TV!” I love watching those exchanges while I’m the one sitting near-by with Jon’s wife and one year old. Like I said, what a rush.

The only people who recognize Jon are sports enthusiasts who watch the correct channel, in the right city, at the right time, but seeing him deal with being recognized gives me an inkling of what it might feel like to have someone ask to take a selfie with me. I stand by with a big grin because I know him personally and think he and his family are a wonderful addition to my life.

A little known fact about the sports reporter; he has taken his wife with him as his camera person to get interviews with very famous, sometimes anti-interview, golfers at a tournament. He told me, “Guys are guys; they gave me the interview so they could check out my camera-woman. Little did they know she was already spoken for, by me, and we obviously didn’t tell them.” Stories like that only a mom would be able to share. Don’t tell him I told.

4 thoughts on “Being Famous Vicariously”